Joy Saunders has been awarded The Sovereign’s Medal for Volunteers in recognition of her significant volunteer contributions with the Victorian Order of Nurses (‘VON’). Joy was presented with the Medal at a private ceremony on Friday, February 26, outside of her home in Lunenburg, Nova Scotia.

The Sovereign’s Medal for Volunteers recognizes the exceptional volunteer achievements of Canadians from across the country in a wide range of fields. As an official Canadian honour, it also pays tribute to the dedication and exemplary commitment of volunteers.

“I know that there are many other people who could deserve this more than I do, but there is no one who appreciates it more than I do. Thank you!" said Joy after receiving her Medal.

In May 2020, at 101 years young, Joy began dedicating her daily walks in her neighbourhood in honour of front-line care providers, and to raise awareness and funds for VON in Nova Scotia. Joy set a goal to walk a 0.8km route 102 times before her 102nd birthday in October 2020. She completed her 102nd walk on September 12 – six weeks ahead of schedule – and raised more than $79,000 for VON’s efforts in the province of Nova Scotia.

The funds raised by Joy will support VON’s work to serve seniors and vulnerable people through VON community programs, such as Meals-on-Wheels and Transportation. Joy is also a founding member of VON Lunenburg’s foot clinic, where she volunteered for 30 years.

“I want to extend my sincere congratulations to Joy on receiving The Sovereign’s Medal for Volunteers. Joy is an inspiration to many, and her exceptional contributions will help ensure that people who require extra support with meal security, transportation or home care services have access in their communities, through VON. We are grateful to Joy, and congratulate her for receiving this prestigious award,” said Jo-Anne Poirier, President and CEO, VON Canada.

In 2020, Joy was the recipient of the VON Canada Lady Ishbel Aberdeen Award, which is bestowed upon a VON volunteer or staff member who has rendered service of great distinction or of singular excellence that impacts all levels of the organization. 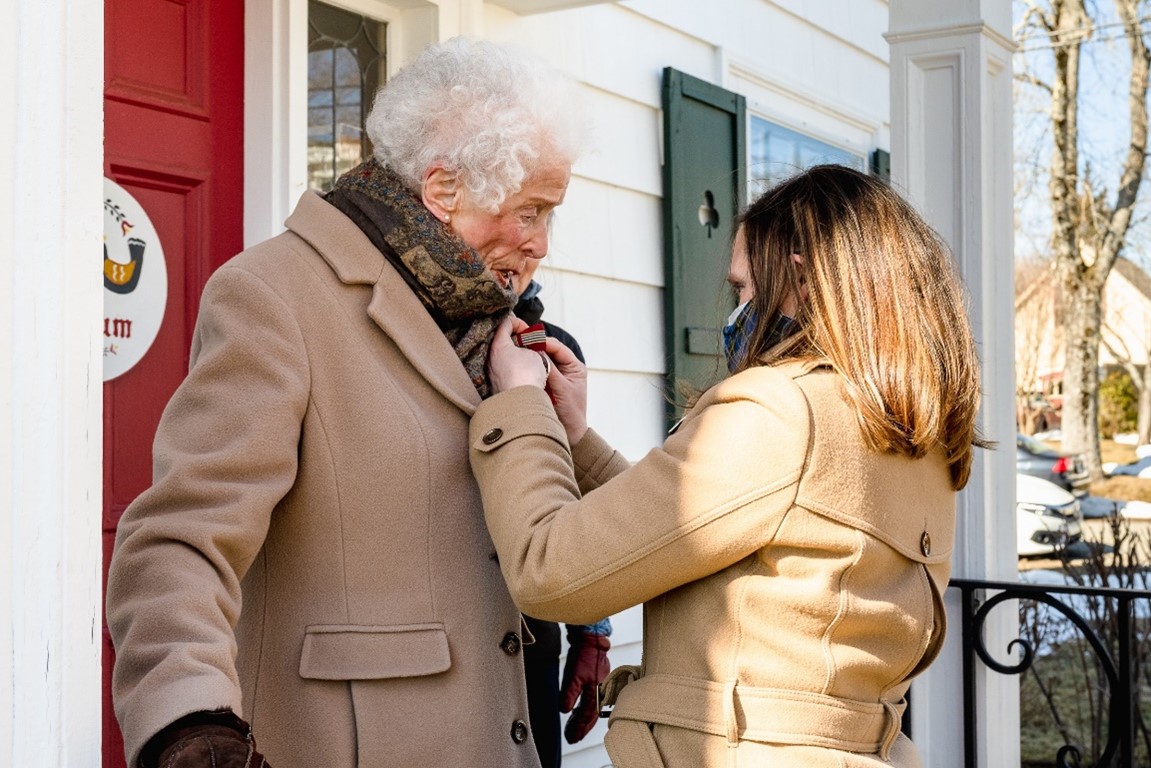 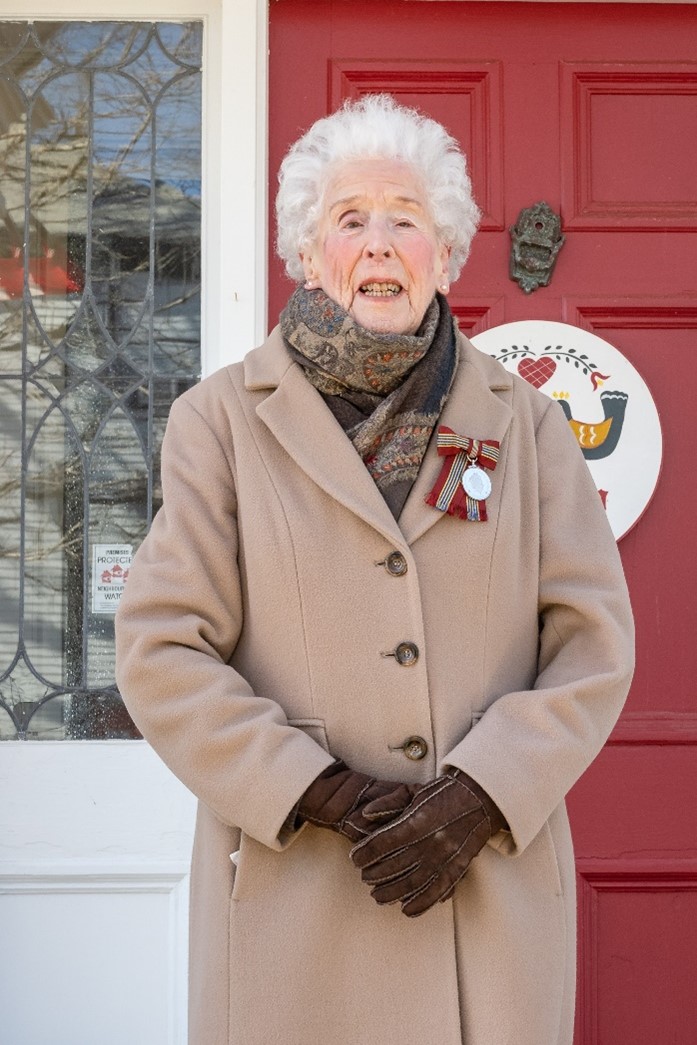 Joy Saunders posed for a photo after being awarded The Sovereign’s Medal for Volunteers at a private ceremony outside of her home in Lunenburg, Nova Scotia, on Friday, February 26, 2021.